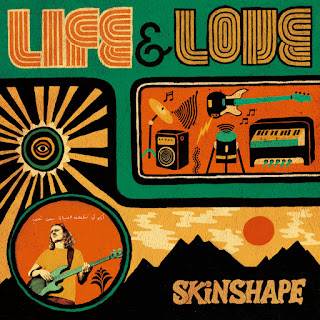 On his third record "Life & Love" Will Dorey aka Skinshape has taken another step to perfecting his musical craft. The British beat-maker and multi-instrumentalist released a worthy successor to his 2014 s/t album and 2015's "Oracolo" creating unique soul vibes and deep grooves.


"Life & Love" features more vocal tracks than before, sung by Aaron (Paul) Taylor and Dorey himself. From the first tracks on this album is highly entertaining in its calm and soothing character as it grooves steadily between old school vibes and the approach of a beat-maker. The opener "Take My Time" is definitely one to look out for. "Life & Love" was released on May 3rd on DLaow &Co.