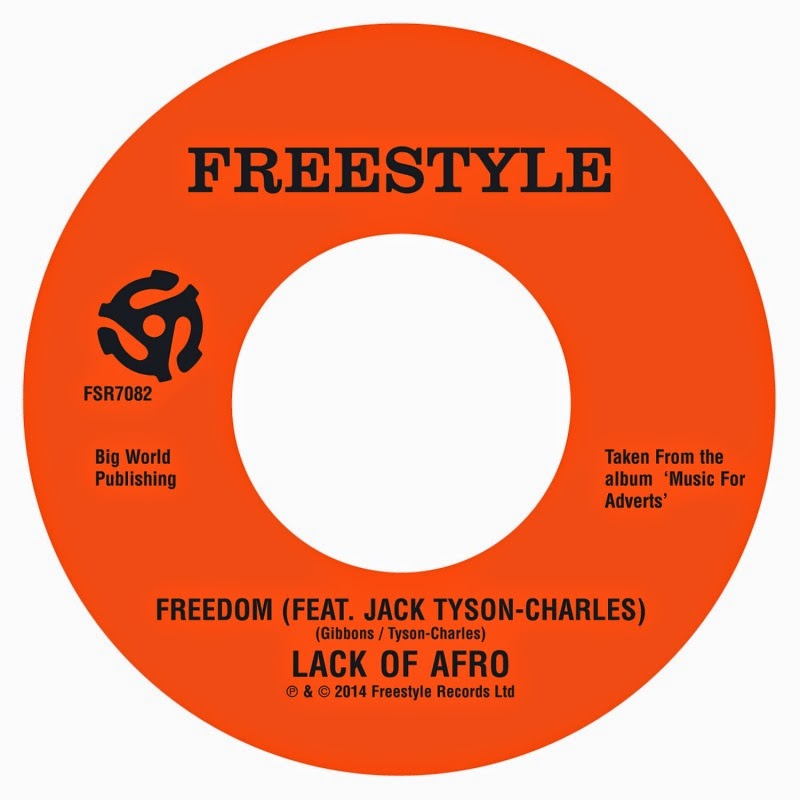 "Freedom" is the opening track to Lack of Afro's incredible new album "Music For Adverts" that now appears in a nice single format. You can choose to either go for the two track 45 version or the digital package which includes some more splendid tracks like a remix by the Gene Dudley Group and two instrumentals in "Living under clean Conditions" and "Here We Go Again".

The single itself features Jack Tyson-Charles on vocals who appears on various tracks on the LP. It's got the groove and the soul which transforms every track by Lack Of Afro into a classic.


In case you missed the album or if you can't play the video above, here's a full stream of "Music For Adverts" including the single: