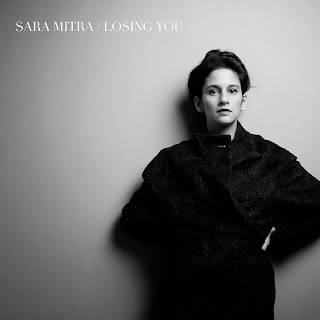 Today marks the release of "Losing You" - the new album by british singer and songwriter Sara Mitra. She is known for her works with the Impossible Ark records collective including talented musicians like James Allsopp, Rian Vosloo, Tim Giles and of course Ben Lamdin (Nostalgia 77).

The record features tracks off the recent EP "Baltimore Oriole" which already gave us a taste of Mitra's sounds. Her soothing voice wanders through clever arrangements of jazz, folk and blues elemtents. Just like in her previous interpretations of classic tunes her singing is always surrounded by an on point instrumentation by the aforementioned musicians. So you will find a large number of original compositions on "Losing You" that follow the same approach while featuring Mitra's playful character and beautiful vocals.

Stream the first track on Bandcamp or in the video below.