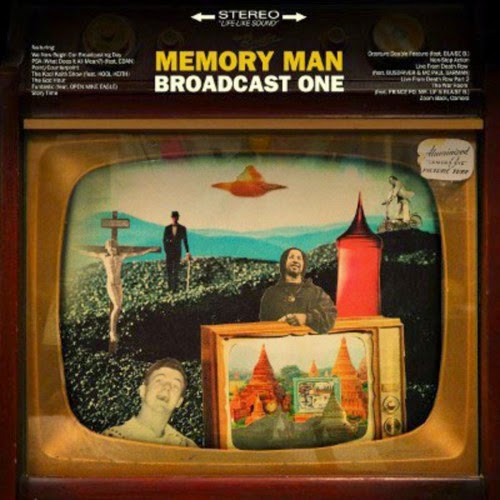 Though you could already listen to a lot of Memory Man's works on his Bandcamp he has just recently dropped his debut record "Broadcast One" on Chopped Herring Records - and it's a huge one.

The DJ from Texas features some incredible MC's on this album like Edan, Prince Po, Kool Keith, Mr. Lif, Busdriver or Open Mike Eagle. This concept hip hop record was seven years in the making and a few beats and rhymes in it you will know that it was worth it - bringing together old school rap vibes in a modern outfit.

Here's a preview on Soundcloud that will get you right in the mood for this piece of contemporary rap history.