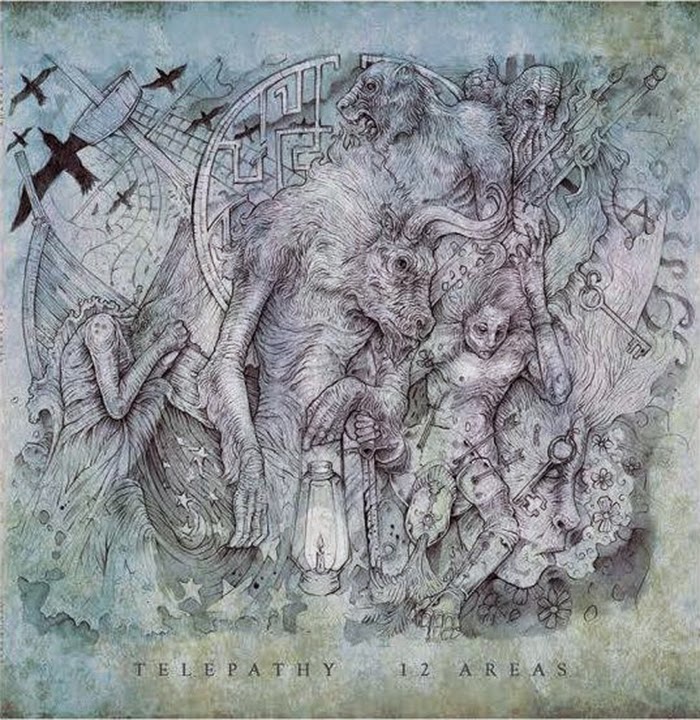 After their successful "Fracture" EP it was only a matter of time until the british band Telepathy would end up releasing a complete album. The instrumental rockers already received a number of positive reviews and "12 Areas" is another example of the band's monstrous sound and dynamic songwriting.

From the first note Telepathy does one thing foremost: creating atmospheres. Minimalistic tensed atmospheres that are bound to burst into huge riffs and rhythms. A sound that walks on the thin line between chaotic structures and certain monumental feeling. Carried by heavy rhythms and solid riffing, there is always a melodic element to the tracks which shines through the noisy guitars. Yet, the standout feature of this band is its capability to switch between different moods, to combine the heavy with the melodic and to know just when to flip the switch from calm to passages to loud ones - in short: the dynamics.

You can stream and get "12 Areas" for a price of your choice at Bandcamp.