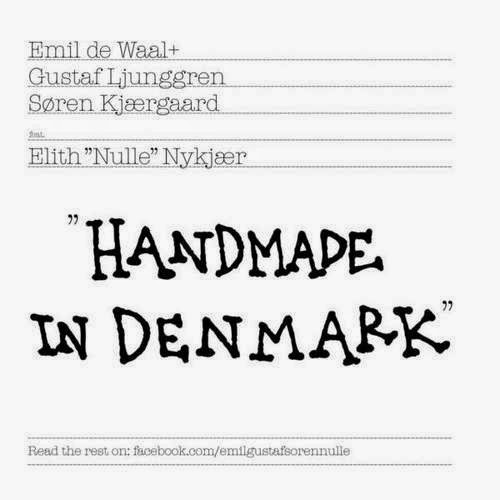 After the success of his last album in 2013 Emil de Waal teamed up again with Gustaf Ljunggren, Soren Kjaergaar and Elith "Nulle" Nykjaer for "Handmade In Denmark".

The new record features that same playfulness and excellent songwriting that the Danish group is now known for. The beautiful harmonies in the opening title track "Handmde In Denmark" are accompanied by lively compositions like "Dukko" with uplifting melodys or the equally calm interpretation of "Sound Of Silence". This album might be filed under the jazz label but it also shows elements of the blues or folk genre. There is also a very cinematic character to the tracks which underlines the great vibes and atmospheres that Emil De Waal and his band is spreading with his music.

You can stream a few tracks on Soundcloud.