We Lost The Sea - Departure Songs 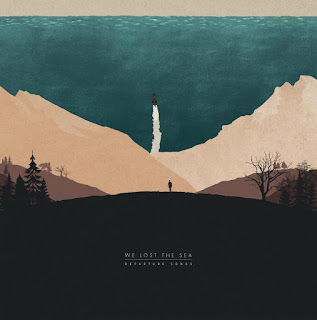 In only a few days time a huge album will hit the streets in the form of We Lost The Sea's "Departure Songs". It marks the group's third release and due to the tragic passing of the band's vocalist it is also their first instrumental effort.

This is the kind of music that comes to you as a sonic trip. It's not about traditional song structures or fancy riffs - these are authentic experiences through sound. Just take a listen to the first single "A Gallant Gentleman" and its calm atmosphere that still seems to bare a certain tension. The same phenomenon can be witnessed in the following tracks. It's the kind of music that tends to make you stop whatever you're doing and get lost in the repetitive yet overwhelming sounds. And that's the key to the post rock genre that only a few bands are truly able archieve - being able to repeat and develop simple motives into massive sonic walls. Currently I can't think of a better example for that than "Departure Songs".

Get the stream of the first single on Bandcamp or stream the full album right here.