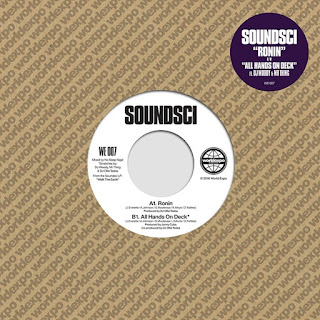 As a first taste of their upcoming full-length album "Walk The Earth" Soundsci released a brand new double-sided vinyl single.

"Ronin" is a brilliant downtempo track featuring flute samples and the trademark high quality raps. On the flipside you will find the opposide in "All Hands On Deck" - a fast throwback tune with hard hitting snares, heavy scratches and guests DJ Woody & Mr. Thing. Besides the new album this is the first in three single releases by this dynamic rap crew. 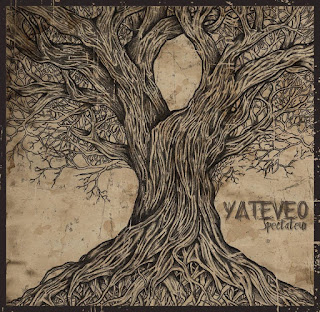 The French Touch Connection presents the first full-length album by Spectateur from Angers. "Yateveo" was released a few weeks ago and features eleven tracks of excellent beatmaking.

There is a very dark and cinematic vibe to each sound on this record. The production is very clear and comes to you in a flawless sonic outfit. The dynamics on tracks like "Bipolar Every Days" or "Sorry" make the bleak and intense atmospheres really come to life. Guest appearances feature rappers Jeremiah Bonds, Lowschool, Nouvel R and L. Atipik.

Get the full stream and/or free download on Bandcamp. 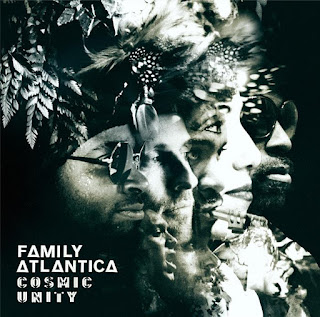 Next month will see the release of Family Atlantica's new album. "Cosmic Unity" will be the second record by the acclaimed band from London and will appear almost naturally on Soundway Records.

As a first taste for whats about to come the track "Enjera" has already aired. It sounds like a very heavy grooving twist on mulatuesque sounds and dynamic sax solos. The composition showcases a mature blend of very accurate arrangements and huge rhythms. On The full album you will also find vocal contributions in many different languages that contribute to the international character of this music. 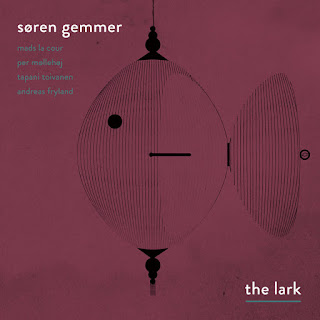 Adding new elements to his fragile melodic compositions, Denmark's Søren Gemmer released his new album "The Lark". It marks the successor to his impressing debut "At First" and appears on WhyPlayJazz records.

On a total of 13 tracks Gemmer's Piano is accompanied by Mads La Cour on trumpet, Per Møllehøj on guitar, Tapani Toivanen on bass and Andreas Fryland on drums.This new line-up enables him to add new colours to his music and that is exactly what is happening on this album. "The Lark" still doesn't come as a particular easy digestible record - there are lots of free rhythms, and open ended structures to the songs. So the melodic character of the tunes won't hit you right away but it will appear in beautiful bits and glimpses between otherwise free floating improvisations.

Stream some clips on Soundcloud.

Jimi Tenor - The Order Of Nothingness 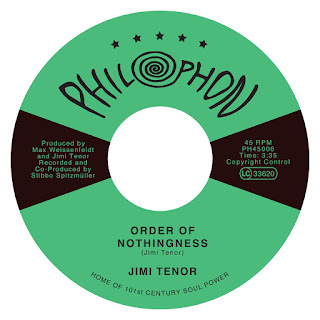 Jimi Tenor is the latest guest on Philophon's impressive roster of freshly grooving artists. It seems like destiny that the innovative finnish composer would team up with the young Berlin-based record label that already brought you The Polyversal Souls' "Invisible Joy".


On this new single "Order Of Nothingness" Tenor combines great storytelling with elements of afrobeat and folk vibes. A blend that never fails to sound fresh and dynamic. On the flipside you will find more traditional Mulatuesque sounds, steady grooves and the use old school analog equipment on "Tropic Eel". 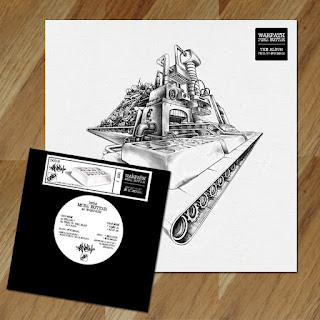 Naming your debut album "Pure Butter" is quite a bold statement by Daily Concepts latest family member Warpath. It is also a statement that aims to position your music in the golden era of rap sounds - and the Bremen-based rapper is doing a quite impressive job at it.

The flawless production on this record by Soulmade consists of jazz-influenced BoomBap beats that will make your head nod. Despite his german origin Warpath presents his timeless flow in English. Guests vocals feature Chezz&DAM, DFACE DXA, Progress Evolution & Steez and cuts by Delicious Chrischuzz and Soulmade. So kick yo feet up and enjoy some nice old school vibes in a hard hitting contemporary outfit.