Hair Of The Dog - The Siren's Song 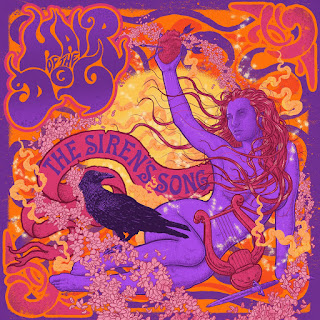 With their second album "The Siren's Song" just out on Kozmik Artifactz Hair Of The Dog from Scotland prepare to create a big impact on the heavy rock scene. Last year's S/T album by the trio already showcased a very mature rock sound which now finds an excellent successor in this new release.


Blending sounds of Black Sabbath, Led Zeppelin and numerous 70s rock acts Hair Of The Dog create their own heavy approach to the stoner genre. The songwriting is always straight forward and so is the raw energy behind every riff and the great vocals. A band that just knows how to produce quality rock and roll music simply doesn't have to include any extraordinary or surprising elements. With this group you know what you will get in every song - and you're gonna like it. As a friend of heavy guitar music you won't find any weak points from the first notes in "You Soft Spoken Thing" until the last riff in the epic title track "The Siren's Song".