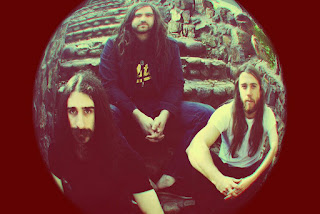 As a little teaser for their upcoming album "Ride Along" on Tee Pee records JOY from San Diego released a new video for "Confusion" - a track from their previous album "Under The Spell".


Everything is pointing to the new record being another heavy psych gem like the appearance of guest musicians from Earthless, Radio Moscow and Sacri Monti. So you can probably can expect as much jams and guitar power as in the dynamic psych-explosion of "Confusion".  The new provided visuals are equally bewitching and in classic style as you would expect.

Watch the video below. The new album will be out in late April.