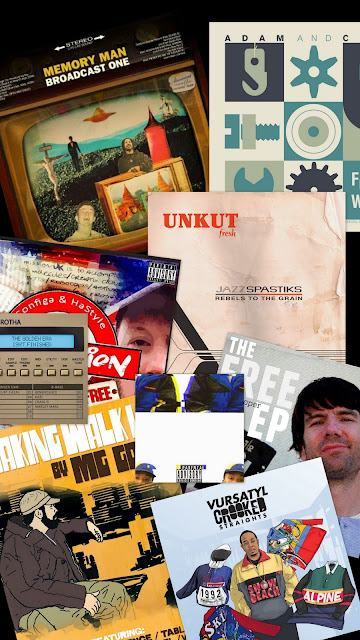 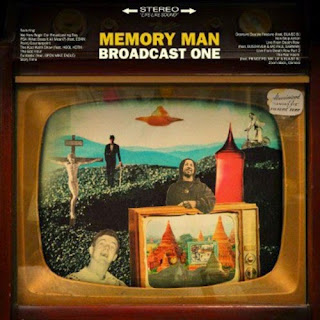 Though you could already listen to a lot of Memory Man's works on his Bandcamp he has just recently dropped his debut record "Broadcast One" on Chopped Herring Records - and it's a huge one. The DJ from Texas features some incredible MC's on this album like Edan, Prince Po, Kool Keith, Mr. Lif, Busdriver or Open Mike Eagle. This concept hip hop record was seven years in the making and a few beats and rhymes in it you will know that it was worth it - bringing together old school rap vibes in a modern outfit...more 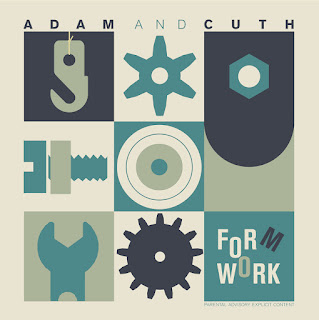 Even if you don't remember this little post I wrote on Adam and Cuth's single "The Look Up" you will surely remember their new LP "Formwork" once you've given it a spin - guaranteed. In case you do recall the name of this London based Hip Hop duo you know that something great is coming your way. Right into the new album you'll hear another example of producer Cuth's excellent stutter beats in "Troubles At The Door". "Formwork" features a great variety of beats and a remarkable use of samples from all kinds of genres. So it's all set for for the rhymes of Adam the rapper who surely knows how to move through Cuth's gritty vibes. The combination of the two provides a fantastic brand of hip hop with old school elements and a massive sound that makes you wanna let your neighbours know about it...more 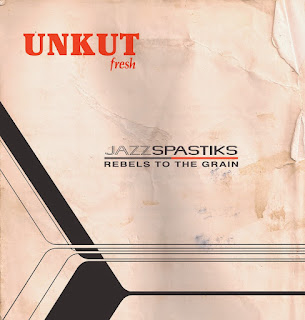 It was only a matter of time until this one would appear on the blog. Everybody who listened to the first single of this incredible collaboration knew that something big was coming his way. So "Unkut Fresh" is the complete record that features the classic Jazz Spastiks production and vocals by Rebels to the Grain. Apparently "Tapes" is only a small part of a great collection of rap tracks, instrumentals and old school vibes. Collection is probably not the right word to describe this album because it really sounds like one piece of hip hop where everything is sitting perfectly in its place.  Just hit the play button and enjoy this journey through laid back tunes and everything this genre should be about. Right now it seems like the Jazz Spastiks can really do no wrong...more 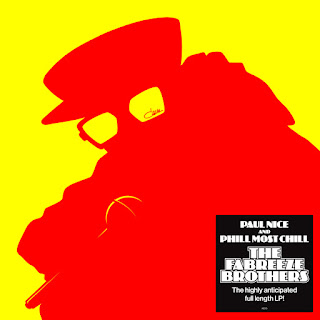 The word was out long ago that Paul Nice and Phill Most Chill would collaborate as the Fabreeze Brothers and now the highly anticipated full length album is finally out on AE Productions. When you see the name of rapper Phill Most Chill on a record you basically know that you can't go wrong. He certainly enjoys the company of talented beatmakers like Jorun Bombay, DJ Format or in this case producer Paul Nice from New York who provides the funky framework for this album. Positive Old School hip hop vibes with fresh productions is what the Fabreeze Brothers will bring you. Guest appearances include MC Oxygen in "Golden Crown" and Paten Locke who combines with PMC for one of the most thundering rap tracks out there in "Heroes Of The East"...more