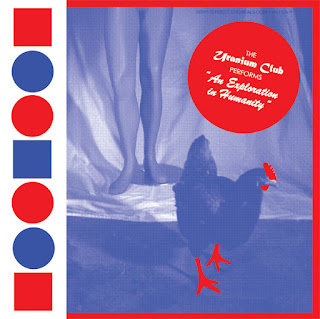 "Human Exploration" by Uranium Club is probably one of the most uncompromising traditional punk records released in recent months. It marks the band's debut album and was released on the classic Static Shock Records.

From the first notes in the opener "Black Semen" you will know that its going to be a rough, simplistic and catchy ride - and this is exactly what you will get on the full record. The heavy hitting guitar chords and gnarly vocals put otherwise pretty straight forward and even melodic sounding tunes in a very rumbling old school outfit. A track like "The Misadventures Of Prissy Krissy" on the other hand, showcases a band that knows well to go beyond the short and easy punk structures and how to develop a mature rock song.