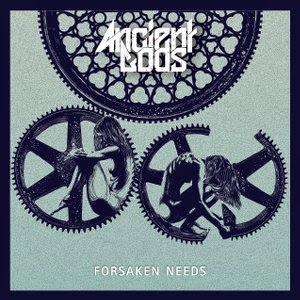 Following up to their 2013 full-length record "Living In The Wrong Time" the German metal quintet Ancient Gods is all set to release their brand new album "Forsaken Needs".

In "Rotting In The Sun" the group from the beautiful Saarland-area just dropped a first taste of things to come. The sound on this track is probably as metal as it gets. You've got the slowly building intro, the fast and heavy riffs, screaming guitar solos and Jens John's fierce vocals - it's all there. You might have to fight through one or two cliché's when listening to this music (what's the name of the band again?) but isn't that exactly what you love about the good old heavy metal sound?

Stream on Youtube or get more info on Ancient Gods' homepage.