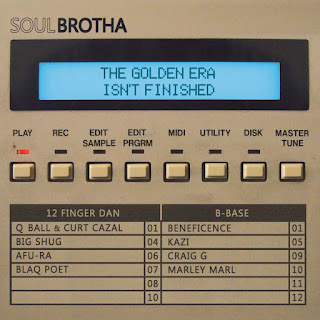 The producer duo from Hamburg consisting of DJ B-Base and DJ 12Finger Dan already collaborated with some of Hip Hop's greatest and if you've checked the names on the coveart above you will realize that they still do. So what can I tell you about this new track what the album's name doesn't already tell you? Flawless old school production and rappers you can trust - and there is no sign that the remaining tracks shouldn't be equally as dope.

Get the stream on Soundcloud. (out mid January)