Pete Flux & Parental - What They Need 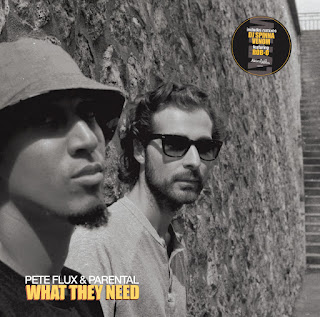 Not a lot has to be said about this duo which easily released one of the finest rap-records in recently in "Travelling Thought". DJ Parental and MC Pete Flux are two musical elements that just have to be blended together.

Their latest and brand new track "What They Need" features the same laid back style we know from the duo featuring a jazzy beat and steady rhyme flow. It's available on 12" vinyl containing a remix by DJ Spinna, a different take on the Rob-O feature track "Illness" and another two brand new songs.

Genre wise Evolfo, formerly known as Evolfo Doofeht, is not particularly easy to pin down. Just like they're walking the line between fast riffs and sweet Soul they like to play with and destroy attached image conventions.


The opening song of the upcoming record "Last of the Acid Cowboys", following the equally entitled EP, shows the band playing a high tempo rock tune that combines surf guitars and punk attitudes. One remarkable thing about "Vision of Sin" has to be its incredible breakdown instrumental section which gives the song yet another dirty and grooving aspect. It is definitely a great first taste of whats to come on the full-length record and who knows, maybe we're also in for some smooth-like-butter-soul-treats like the ingenious "Don't Give Up Your Mind". We are about to find out soon.

Get the stream below or on Soundcloud. 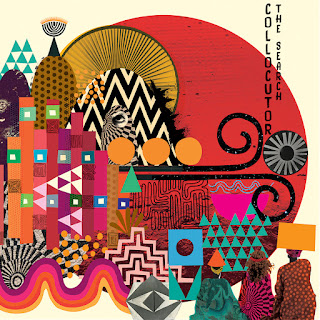 There is always something very cinematic and colourful about Tamar Osborn's Collocuter. Since the release of "Instead" this group is certainly one to look out for. "The Search" is a worthy successor which has, even before its release, caught not only the London jazz scene's attention.


On this record the compositions' character is one of steady motion and features a wide array of sonic influences. The fact that Mulatu Astatke himself has already stated his affection for it is one thing, the way in which Collocutor manufactured North African scales into deep grooves and luring atmospheres is another. There are majestic moments and virtuosic horns, infectous rhythms and improvisation. It all adds up to an impressive piece of intriguing music.

"Collocutor is an opportunity to explore musically all the cultural connections which are part of being a human being, particularly in the 21st century, in somewhere like London, where you do meet everyone from everywhere. If you’re open-minded you’ll have the opportunity to engage with them and find out which bits of each other’s cultures connect and make sense" – Tamar Osborn

"The Search" will be available on LP and digital in mid March on the nicely progressing On The Corner Records. Stream a preview on Bandcamp. 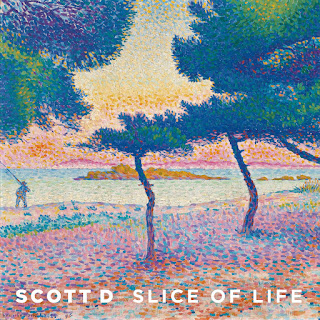 Some artists make producing hip hop tracks look so easy - just know how to use and loop your background sample and have a way with words. Now LA's Scott D seems to have a great sense for his samples and certainly some poetic skills, but mostly his tracks just sound like a very fun thing to do - and if you manage to deliver that feeling you're definitely doing something right and don't necessarily need an elaborate production.

His new single "Slice of Life" features all the verbal symbolic paintings, soccer references and positive vibes known from his previous releases. It is availalbe on Bandcamp and available as free download. 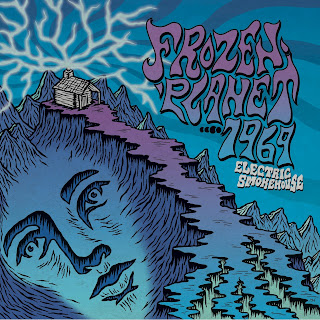 Lots of fuzzy guitars, a little bit of psychedelia and sheer endless improvisational freedom - that has been the winning recepy ever since for Paul, Lachlan and Frank's Frozen Planet....1969 whose catalogue now features another installment in "Electric Smokehouse".


It marks the band's fourth instrumental record and can be purchased on 12" vinyl. It is certainly not an album that will be remembered for this riff, that chorus or anything else that you can easily pin down and probably won't serve your short attention span. You will have to take the full ride and sink into the bands grooves and dynamics, the building up and breaking down of tension, the rumbling basses and ever-evolving guitar tracks. Any practicing rock musician will find joy in listening to the jams of this band and wish for a teleporter to their rehearsing room.

Get the full album stream on Bandcamp.