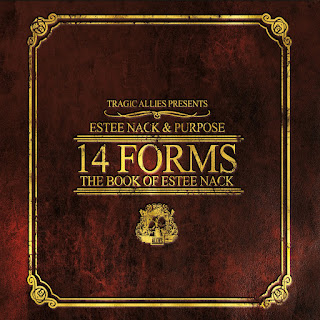 Tragic Allies members Estee Nack & Purpose collaborated for an incredible album on Ill Adrenaline Records. Producer Purpose already worked with names like Paranom or Killah Priest and is contributing his trademark vibes on "14 Forms: The Book Of Estee Nack".

Rapper Estee Nack really sounds like he has something to say in this book. His conscious flow over laid back beats is the recipy for the high quality brand of hip hop on this album. The first single "T.I.M.E" is a perfect example for what I just told you. But you will also find a lot of different vibes as you can hear on the opener "Lazy Day Chillin'". To make it short this is just the kind of thing that every hip hop head needs. The album dropped one week ago - you can get it on various platforms or listen to the full thing on Youtube. 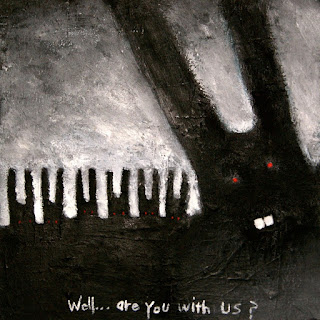 There is a very remarkable sense for beautiful harmonies in the minimalistic Nordic Jazz tradition. Guitarist Buster Jensen's project Zetzum Zorglub and his album under the same name is no exception to that rule.

The group is completed by Kaare Bjerke on bass, Andreas Moller Bottiger on saxophone and piano, Sven Dam Meinild on saxophone and clarinet, Mikkel Aagaard Nielsen on trombone and Kristoffer Toffoj on drums. They all find their own spot between Jensen's fragile guitarwork which evolves from free wandering to the aforementioned beautiful harmonies. Somehow it's a very cinematic approach which creates its own landscapes as it moves through calm sceneries and spectacular peaks. The excellence of this album lies in the minimalistic, sometimes looping structures and most of all in the intensive moments it creates.

Get the stream on Soundcloud. 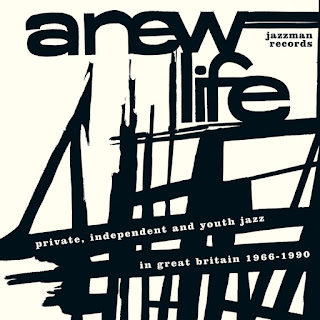 Jazzman records did it again and released a collection of highly individual and rare jazz records in "A New Life". The theme behind this selection is as you can read above "private, independent and youth jazz in great britain 1966-1990".

Francis Gooding and Duncan Brooker are the two men who compiled 13 tracks on this release that you will hardly find anywhere else. As much as this is noteworthy it is also a shame regarding the quality of those tunes. Some might be a bit hard to get into while others persuade with their dynamics on the spot. One thing you can say about every composition is that they are very outstanding and distinct recordings. You will find all kinds of instruments playing, elements of spiritual jazz popping up and even an adaptation of a christmas song by "Indiana Highway". So this Jazzman compilation is again as interesting as it is entertaining - and it does both on a very high level. 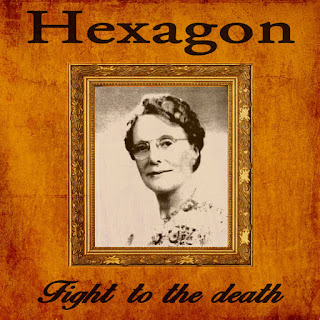 If you're in for some blues flavoured retro rock you shouldn't sleep on the latest album by Sweden's Hexagon. "Fight To Death" was released a few months ago and features a great brand of rock and roll music.

On a total of 8 tracks the band unfolds heavy blues riffs, nice jams and a brilliant kind of songwriting. Brilliant because they keep it simple and straigth forward. So the opener "Whiskey Eyes" is a perfect example of riffing and excellent blues vibes in an uptempo track. "River Of Blood" shows a more dynmic approach while "Unicorn" might even bring back memories of old progressive rock tunes. All in all this is an exquisite retro blues rock album with unique flavours here and there which characterize Hexagon's own sound.

Get the full stream and free download on Bandcamp. 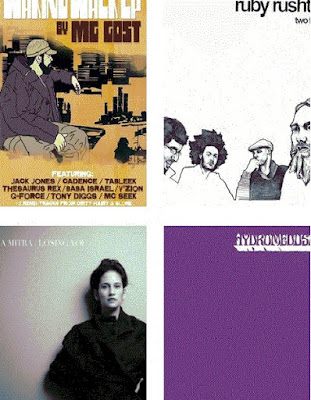 Listen to some of the best music posted this month on this blog below. 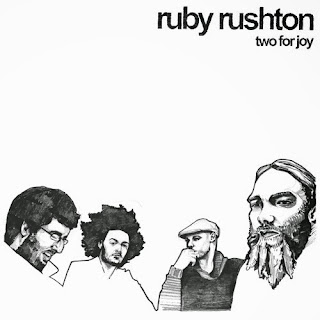 The british jazz label 22a has gained itself a nice reputation over the last few years by releasing some great records. Now the founder himself teamed up with a group of friends for the sixth installment on the label's roster. Ruby Rushton is the name of the quartet that just premiered the first tune off their upcoming album "Two for Joy". The title track is one of those jazz compositions that are as smooth as they come. But there's also a lot more behind behind those nice vibes like an interesting rhythm that might remind you of slow hip hop tracks produced by J Dilla. The group draws their inspiration from different genres and combines them in an original and modern jazz sound...more 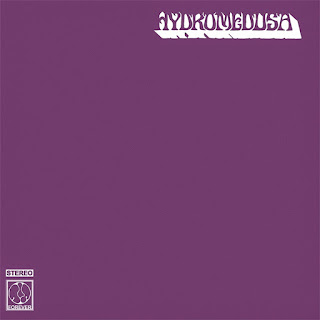 After making waves with some smaller releases including an excellent s/t 7" single Hydromedusa from Adelaide just put out their full-length debut on tym records. If you're into heavy and rough rock and roll sounds there is simply no way around this one. Right from the start with the old school riffs and fierce vocals you just know that this is no joke - this is a truly dangerous brand of rock that doesn't take any prisoners. The band cuts right to the point but also likes to play some intense jams here and there. So as much as some tracks seem to be that kind of music to speed down the highway you will also find some psychedelic flavoured vibes in tunes like "Sew" or "Matter Of Time". There really is no reason why this album shouldn't rank up there with the best rock records this year. And don't forget to listen until the very end where one of the highlights in "Wintertime Blues" awaits...more 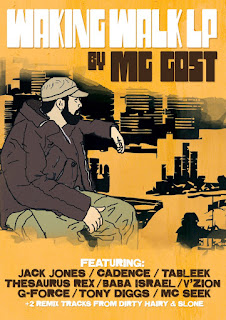 When you see the Dusty Platter label on a record you basically know that it's going to be a good one. And when you see the MCs that producer MG Gost gathered for his new LP "Waking Walk" then you know that it can hardly get any better. The beatmaker and member of Hain Teny from Serbia has a strong passion for jazz beats which shows on the productions of this album. This way he creates the perfect foundation for the raps of Audessey, Tableek, G-Force, Cadencce and many more. It's a truly timeless hip hop approach fueled by some incredible talent, excellent beats and jazzy vibes...more 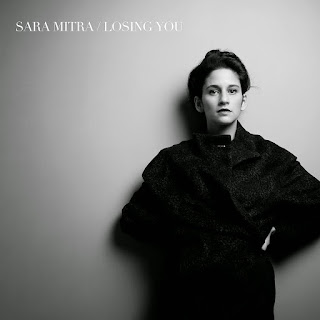 The new album "Losing You" by british singer and songwriter Sara Mitra is here. She is known for her works with the Impossible Ark records collective including talented musicians like James Allsopp, Rian Vosloo, Tim Giles and of course Ben Lamdin (Nostalgia 77). The record features tracks off the recent EP "Baltimore Oriole" which already gave us a taste of Mitra's sounds. Her soothing voice wanders through clever arrangements of jazz, folk and blues elemtents. Just like in her previous interpretations of classic tunes her singing is always surrounded by an on point instrumentation by the aforementioned musicians. So you will find a large number of original compositions on "Losing You" that follow the same approach while featuring Mitra's playful character and beautiful vocals...more 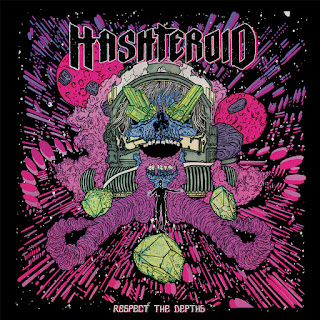 Walking the line between every heavy element you like in rock music Hashteroid from Vancouver just released their new EP "Respect The Depths".

The 4 tracks on this digital record are all about riffing, intense jams and straight forward songwriting. On this very fierce stoner rock approach you will also find elements that will please the punk, hardcore or sludge fan in you. But most importantly this sounds like a group of guys just playing their own style of rock and roll - and on this EP there's certainly nothing that can stop them.

Get the full stream and free download on Bandcamp. 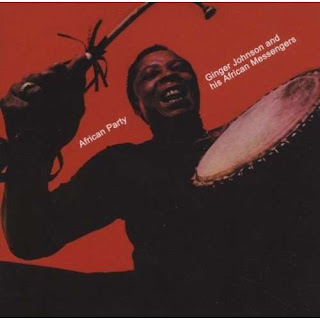 Freestyle Records is celebrating the man who created the groundwork for the legendary Afrobeat sounds. Nigerian born drummer Ginger Johnson has a rich history in England and an exciting catalogue of sounds which are now brought back to life on "African Party".

There are elements of funk, jazz, high life and of course afrobeat in this new collection of tunes. Johnson met and worked with so many people in and around the music business which made his sound so vibrant and thus himself a influental figure for many years and for different styles of music. Still you might argue that his songs are not very sophisticated or complex but the steady grooves and the effective harmonies in tracks like the opener "I Jool Omo" serve everything you need to dance to or just feel good.

Get the clips on Soundcloud.